One of the core products Create Solar installs on residential and small commercial buildings is a Building Integrated Photovoltaic (BIPV) system.  The major electrical technical parameters to note for this type of equipment are as follows:

These parameters have caused many YC500 microinverters to shutdown for about 3 hours per day in the hot summer months.  The inverter dashboard screenshot below shows that 11 PV branches did not work consistently from 2pm to 5:30pm on July 21, 2019 due to thermal shutdown. Create Solar’s first attempt at mitigating this problem was to add a venting channel snaking through the BIPV modules, and then add a controlled fan to blow air through the channel on days when the attic temperature was above 30 degC.  The designed venting route is shown in the diagram below. An image of the venting system inside the attic is shown in the following image. 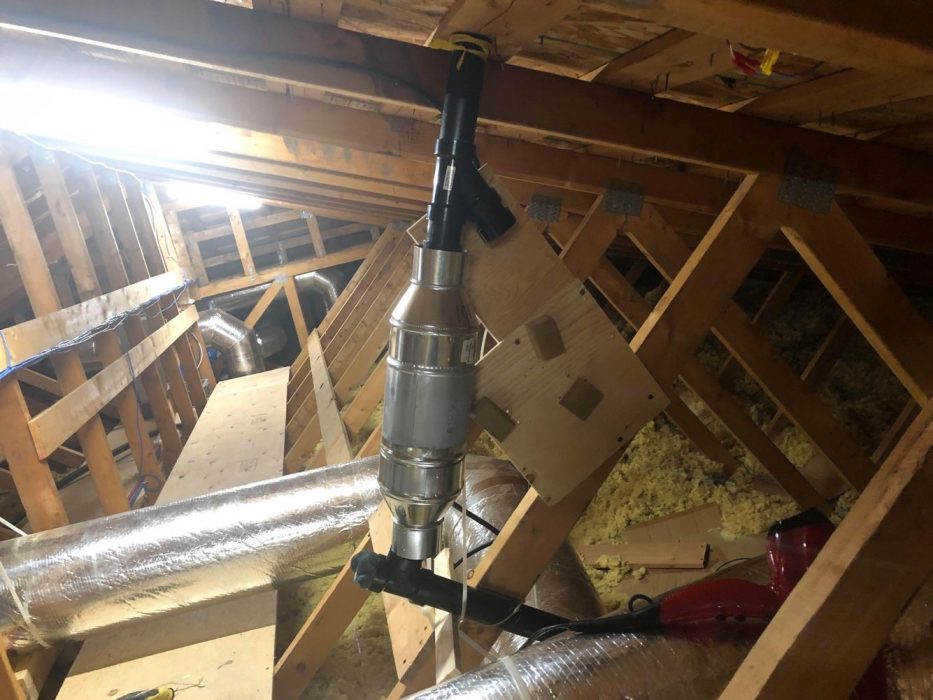 The proactive approach of forced venting provided some thermal relief to the microinverters.  Performance was better, as evidenced by the inverter dashboard screenshot for a similarly hot day below, which shows that there were less inverter shutdowns. However, it was noticed that the long venting route reduced the effectiveness of the cooling system, and therefore there were still some inverters shutting down due to temperature.  To provide further thermal relief, a new system has been devised by the team at Create Solar, which will be discussed in our subsequent updates.