With the co-operation of the University of British Columbia Okanagan and a Mitacs Accelerate grant, Create Solar has been performing R&D on the most effective ways of clearing snow from rooftop Building Integrated PhotoVoltaic (BIPV) modules.   Many different types of technical solutions have been explored, including but not limited to: using waste heat from household furnace operations, electrical heat applied along edges, and electrically supplied convection currents behind the modules.  The image below shows one of the lab test setups used to carry out this research. 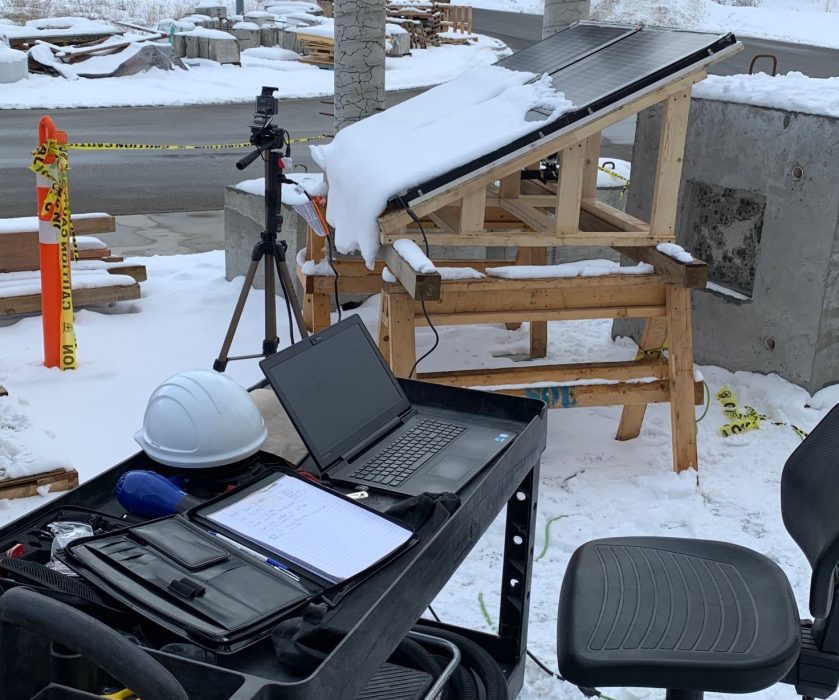 The research has provided valuable insight into the optimal solutions for keeping BIPV systems clear of snow in order to the produce electricity during the crucial winter months of northern climates, such as Kelowna, BC.  Many successful tests have been performed and Create Solar now has optimal solutions for a range of different setups and conditions.  The image below shows the snow melting off a single module within 1 hour of system activation.  The rest of the modules will eventually heat up from the electrical current produced by the cleared module, thus resulting in a snow-free system.

This has become another successful step in the right direction for Create Solar.  We are continuosly dedicated to researching and providing customers with all the best possible solutions to effectively implement renewable energy on homes in northern climates such as Canada. 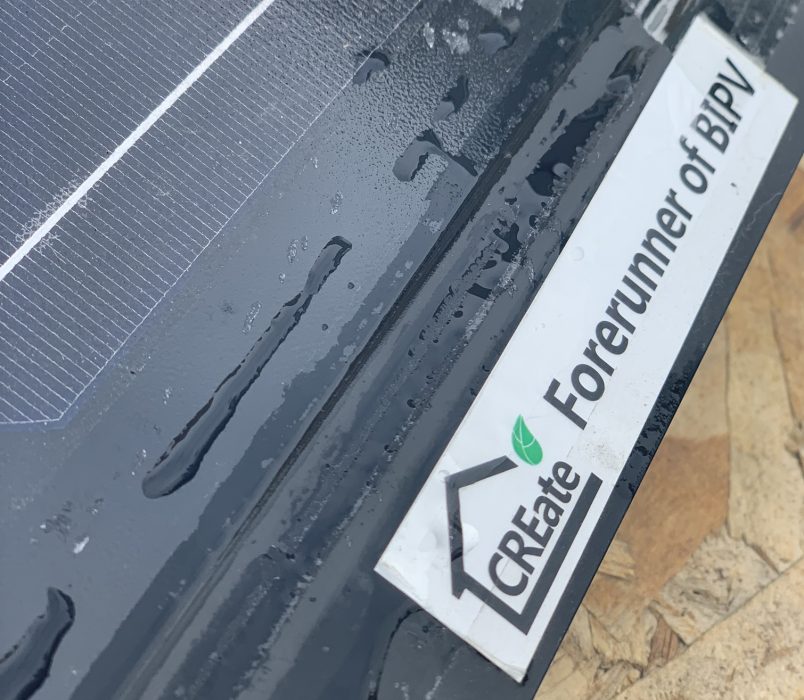