One of the core products Create Solar installs on residential and small commercial buildings is a Building Integrated Photovoltaic (BIPV) system.  The major technical parameters of this system are discussed in Part 1 of this post.  One of the issues arising from these parameters when using microinverters for the DC/AC power conversion, is the high temperatures which are seen by the inverters causing them to shutdown.  The previous post describes Create Solar’s first attempt at mitigating this problem by adding a venting channel snaking through the BIPV modules, and then blowing air through the channel on days when the attic temperature was above 30 degC.  This provided some relief, however more cooling was needed, and therefore the following two further possible solutions were explored: 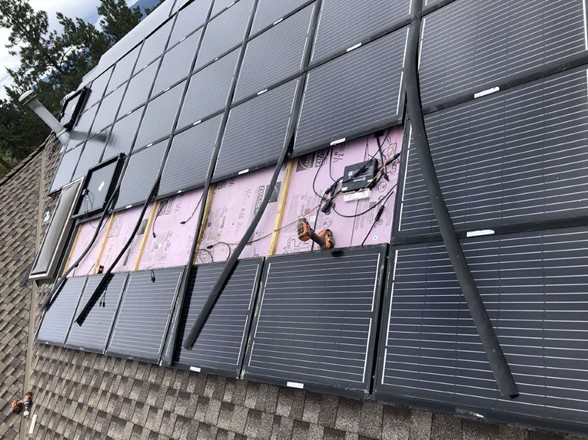 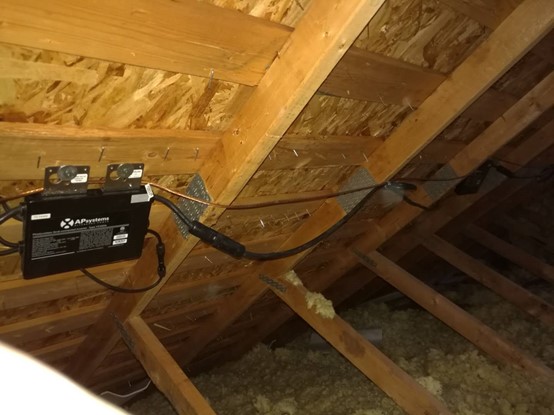 This modification of the microinverter location seemed to have solved the overheating problem.  The image below shows the six modules (2 per microinverter) not shutting down due to temperature overload, unlike the other modules in their vicinity.  This solution is continuously being monitored to ensure there are no further issues. 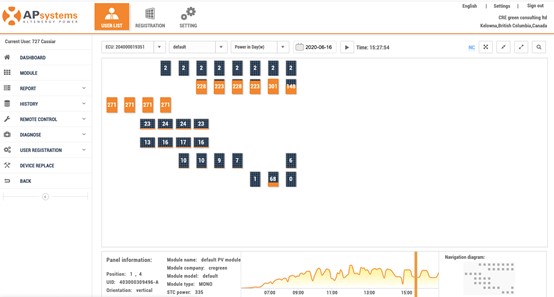 2.  The second solution attempted was another type of forced venting like the initial modification discussed in the first post. However, the difference with this change was that it provided a venting path more inherent to how the BIPV combined solar electrical / solar thermal forced air system was originally designed to operate.  A basic schematic of this system is shown in the drawing below: 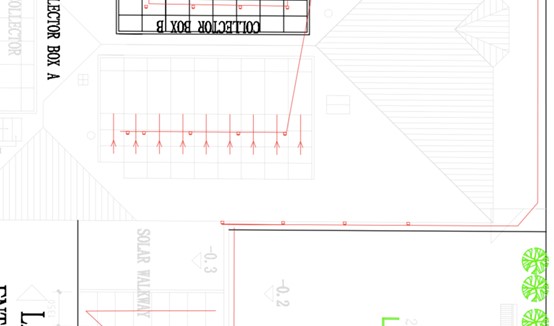 The microinverters were placed in air gap between the BIPV modules and the roof insulation.  This is the cavity were the air naturally gets forced through as it heats up between the modules and the roof.  Even though the air is warmed to the ambient temperature, there is a constant air flow which provides more effective heat transfer for the microinverters.  An image of the retrofit process is shown below: 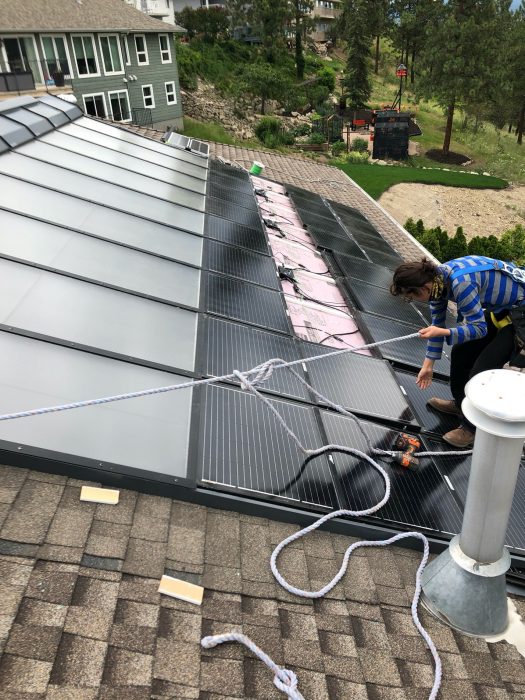 This solution also proved to be effective, as the 9 modules which were changed did not shutdown like the adjacent modules during the hot summer afternoon.  This can been seen from the image of monitoring system below: 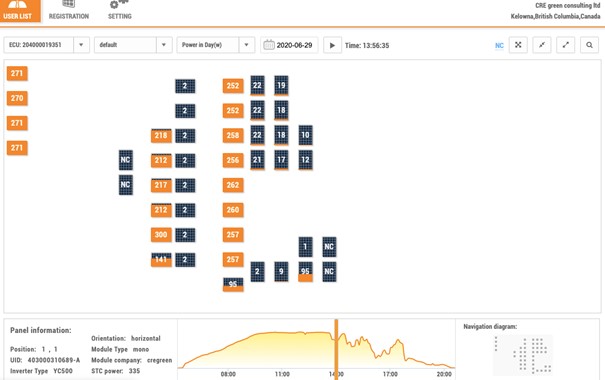