At Create Solar’s ‘Living Lab’, the two RIPV demos are located 25m from each other, and serve different purposes.  One is at the bottom of the property, and functions as a section of the driveway for vehicles.  The other is at the top of the driveway, and functions as a human walkway.  Images of each are shown in previous posts .  After a winter of snow being effectively removed from both surfaces, it was decided to extend the thermal portion of the ‘solar walkway’ down to the end of the driveway.  This way, any excess thermal energy would be used to melt snow/ice on the path used for residents to walk up the driveway.  Images of the changes/upgrades are shown below. 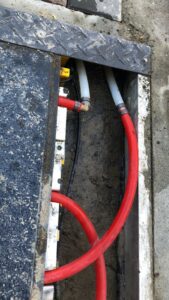 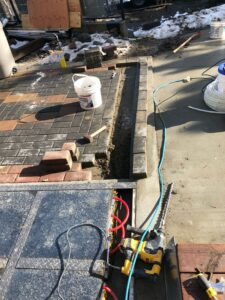 The changes were implemented with perfect timing, since the following week Kelowna was treated with a late winter storm, resulting in several cm of snowfall overnight.  The following photos show the de-icing functions of the sidewalk & driveway: 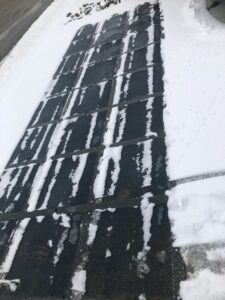 After 30 minutes there was also a de-iced path between the two, as shown below: 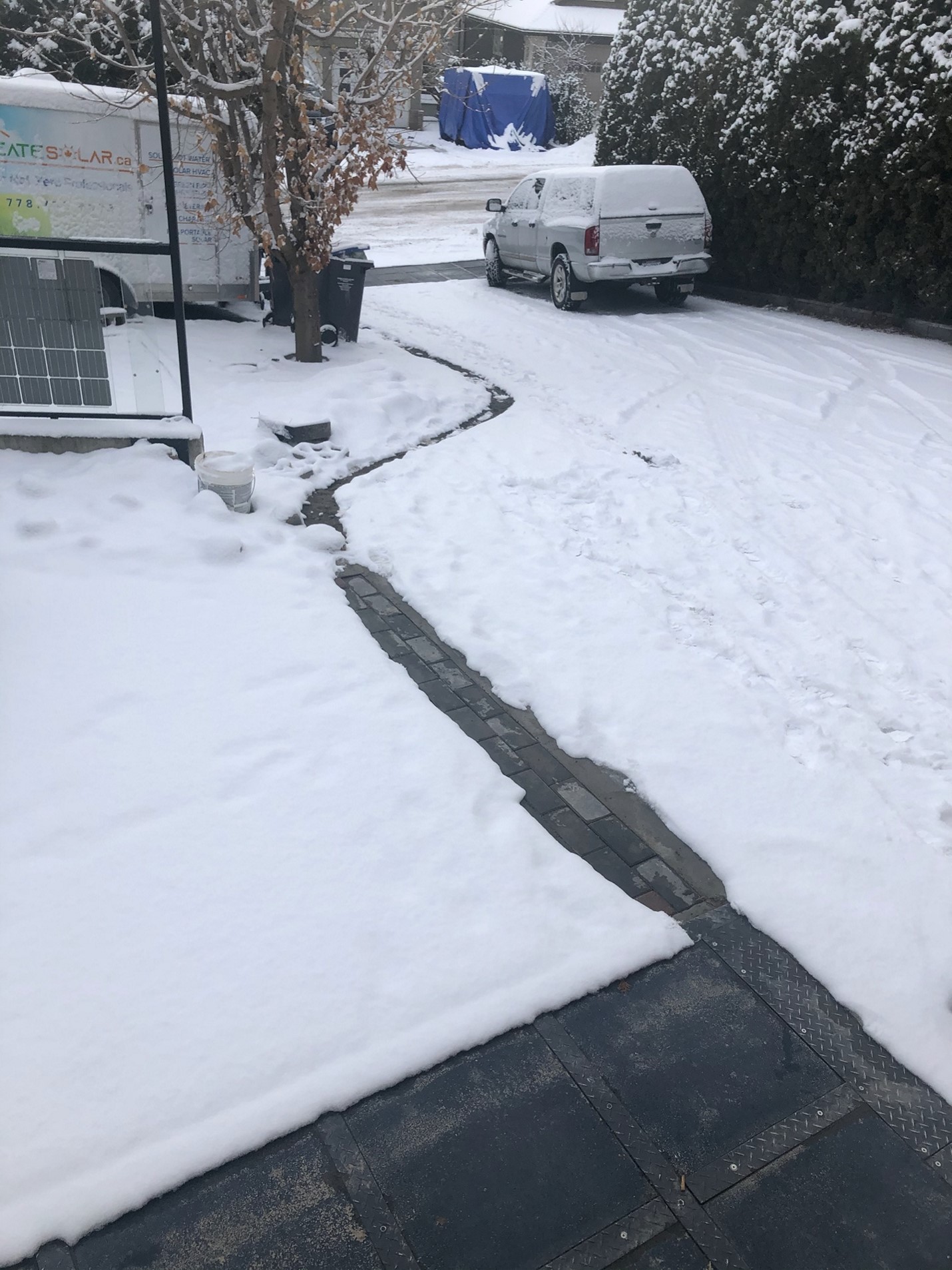 After 45 minutes, it can be seen that the walkway is totally cleared: 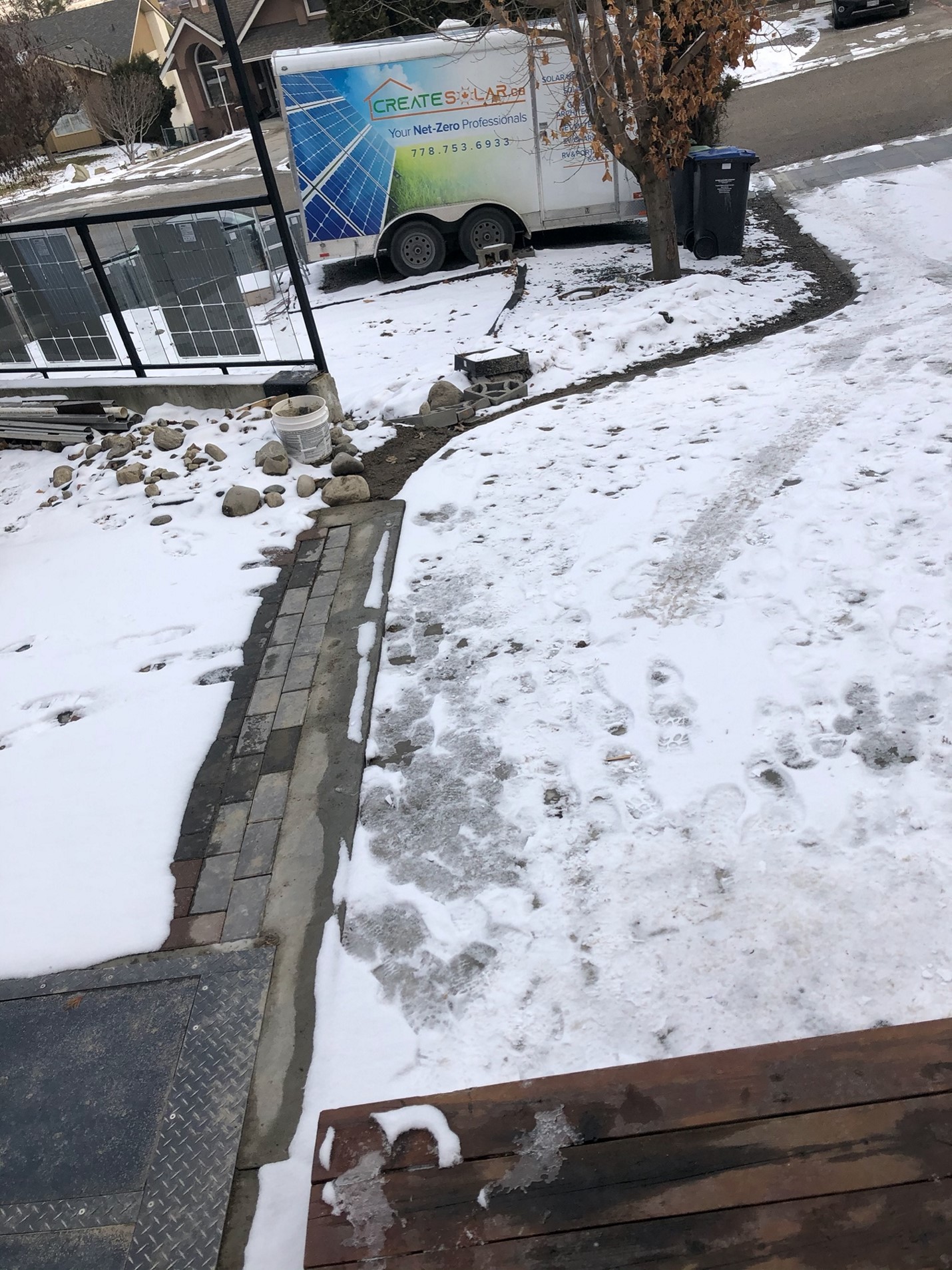