Several days ago, the thermal portion of the RIPV Demo Project at the Create Solar Living Lab had all the final glycol loop connections made to the existing system, as shown in the diagram below: 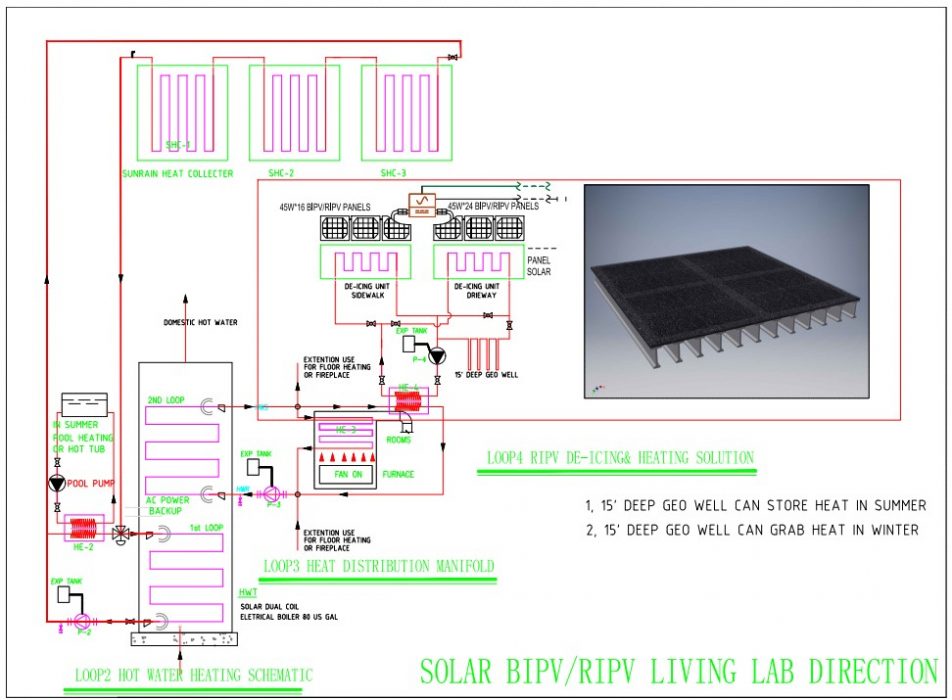 This came at perfect timing, since the next day Kelowna was treated with a bit of an early winter with several cm of snowfall overnight as shown in the following photo of the outside of the lab: 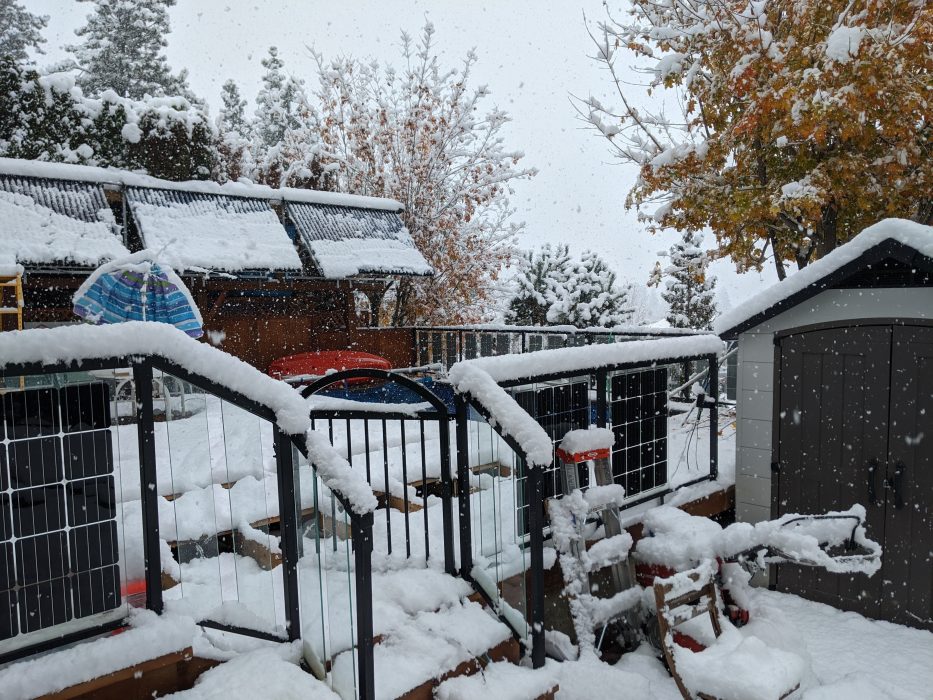 It was time to do our first real-world test on the de-icing portion of the system, and the appropriate valves were all turned on as shown in the new manifold below: 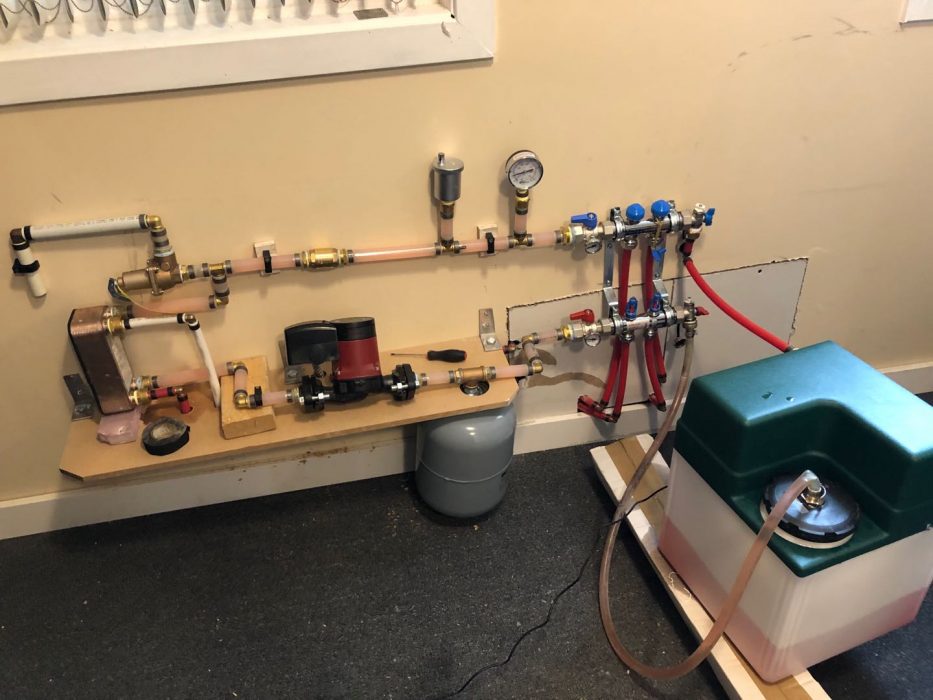 With the ambient outdoor temperature hovering around 0 degrees Celsius, and only 5 minutes after opening the thermal loops, evidence of snow removal can already be seen in the walkway (first image) and driveway (second image): 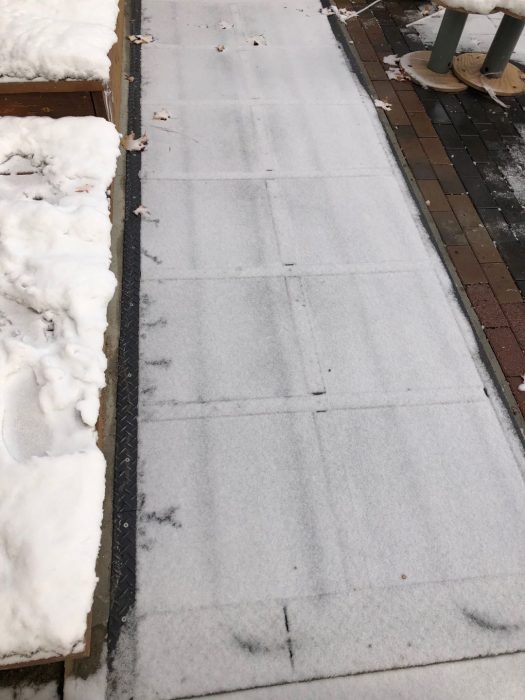 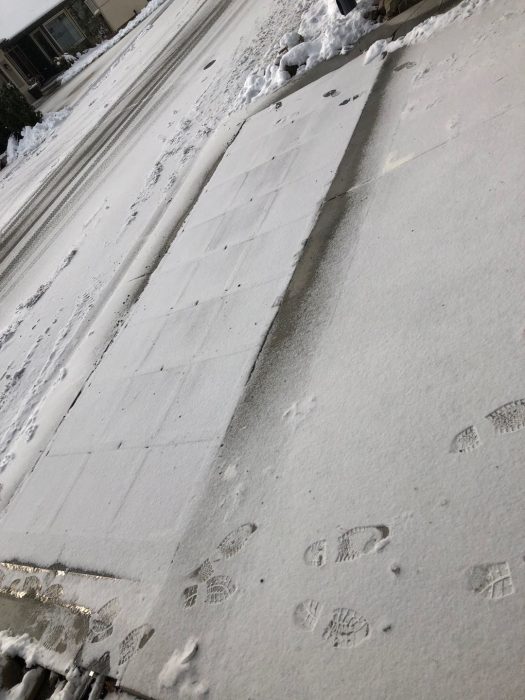 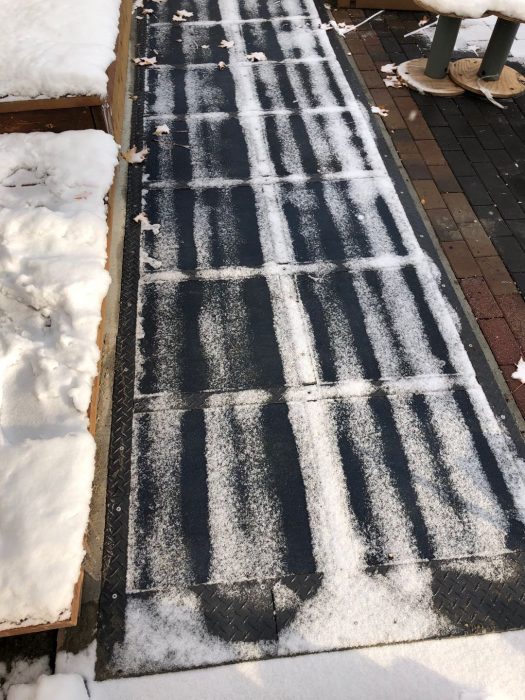 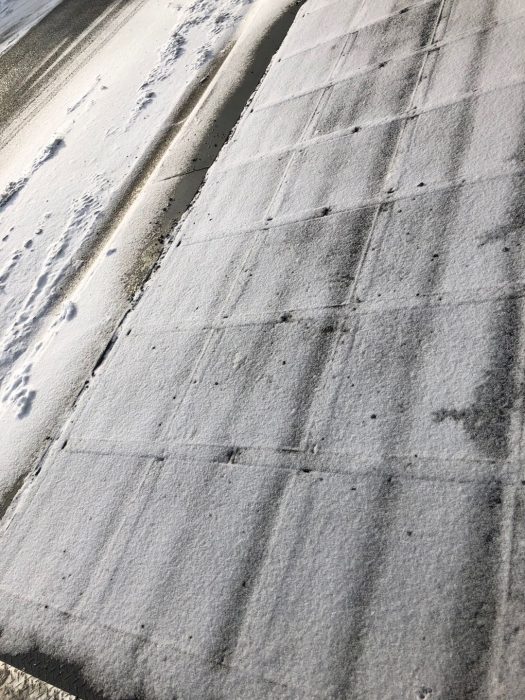 After 35 minutes it can be seen that the walkway is totally cleared: 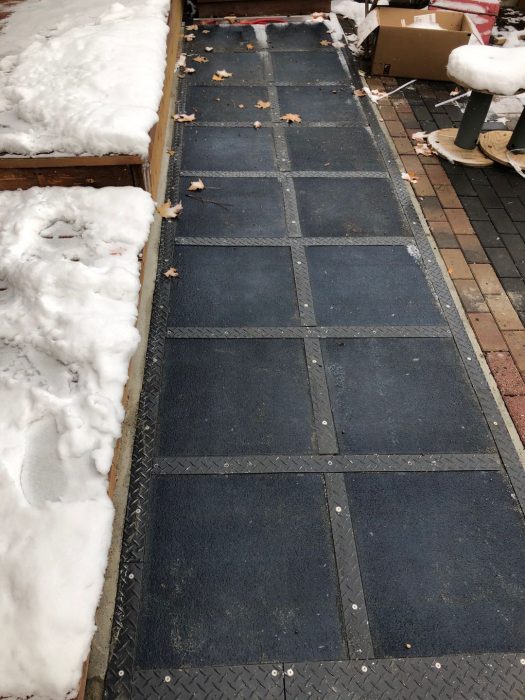 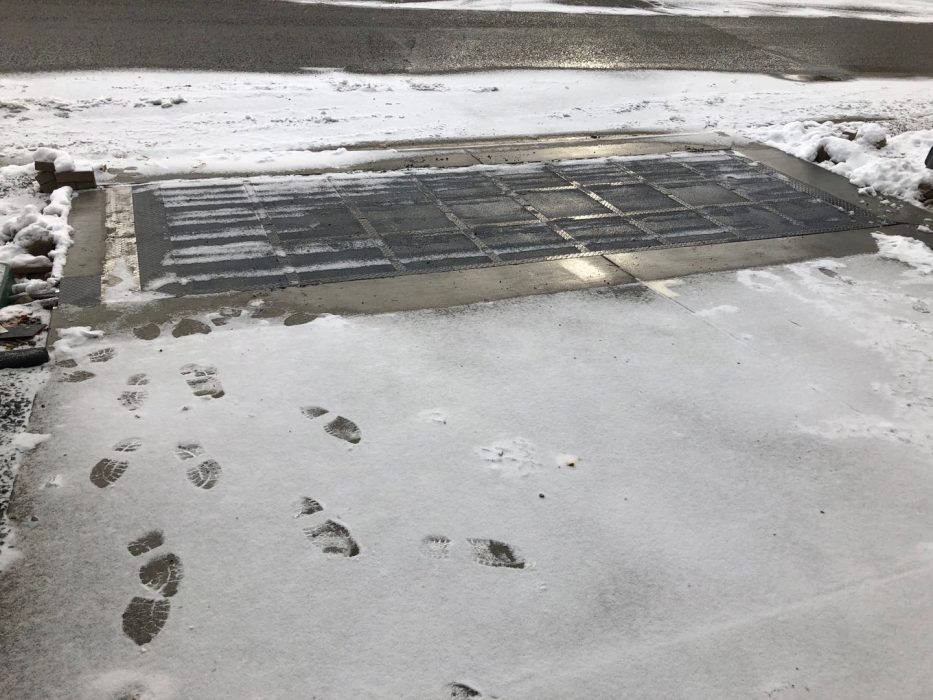 After 50 minutes the driveway is fully cleared as well, as shown below.  The additional time is due to a longer distance the glycol needs to travel from the thermal manifold. 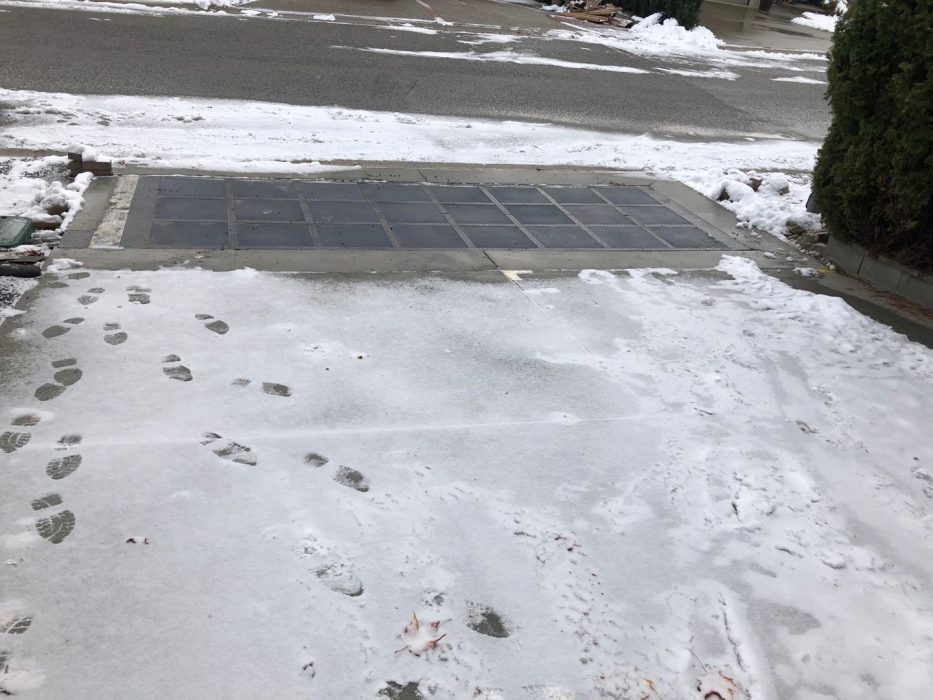 Evidence of a successful real-world first test is great news for this innovative system developed by Create Solar!  Stay tuned for further updates as geothermal loops and electrical connections are made and tested.